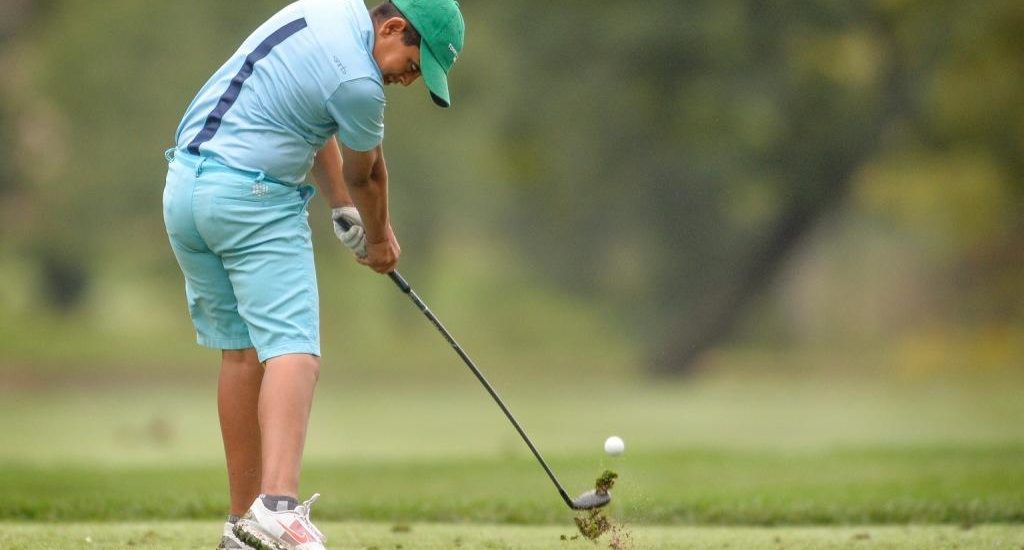 One of the Scott Robertson Memorial Tournament’s biggest stars is one of its youngest competitors. Sihan Sandhu, who is 11 years old, has garnered a lot of national attention for his dominance on the golf course.

Sandhu won the 2016 U.S. Kids World Golf Championship by 17 strokes. His 23-under-par for 54 holes was recorded as the lowest in the history of junior golf.

A few factors almost kept Sandhu from competing in this year’s tournament, which runs May 19-21. However, the bylaws were adjusted to suit the phenom.

“He actually didn’t meet any of our specific entrance criteria,” said Mack McClung, co-chairman of the tournament. “His national ranking and the impressive wins that he’s had are things that proved to us — we figured out a way to get him into the tournament. Yeah, he’s in.”

The field also harbors the 34-year-old tournament’s first ever disabled player. At the age of 3, Matthew Doyle was diagnosed with Legg-Calve-Perthes disease — a rare degenerative bone condition that causes multiple issues pertaining to the hip. Golf is the only sport that doctors determined Doyle could play.

“It’s something we’ve never had to deal with before,” McClung said. “I think we’ve got it all in control and we have volunteers each day that are going to be the drivers for him.”

Doyle punched his ticket to the Scott Robertson Memorial through a qualifier tournament in Connecticut.

Austin Eckroat, who is the highest-ranked player in the tournament, headlines the 90 competitors in the Boys 15-18 group. Eckroat won the 2015 Robertson and finished in the top-10 in last year’s event.

Eckroat is committed to play at Oklahoma State, where PGA pro Rickie Fowler, who also competed in the Robertson as a junior, played.

The next top competitor in the field is Eckroat’s hometown friend, Laken Hinton. The 43rd-ranked Oklahoma native is committed to play at Augusta State, where Robertson alum and PGA Tour member Patrick Reed attended.

Abingdon’s Andrew Spiegler is the highest -ranked Virginian in the field after winning consecutive state 3A championships.

The Roanoke Valley boasts two competitors — Vince Wheeler and Ross Funderburke— in a field that represents 21 states and 15 countries. In addition to being ranked 27th in the state, Wheeler is the valedictorian of his class at Patrick Henry.

The girls field, which has at least 18 players who are college commits and seven All-Americans, promises to be interesting.

“I’m not going to bore you with the point by point for all these highly ranked players,” said Debbie Ferguson, who has served as tournament administrator for the past 18 years. “They’re all the cream of the crop.”

Third-ranked Emilia Migliaccio and fourth-ranked Gina Kim are the clear favorites. Migliaccio won the past two Scott Robertson Memorial tournaments and is poised to defend her title again.

Local talents Jayde Dudley (Roanoke) and Alisa Carabello (Troutville) will also be looking to make some noise this year.